2020’s been a historic year, and to top it all off, it’s culminated in a historic event – the 2020 US Presidential Election, which saw the highest amount of voter turn-out in more than a century.

Even though yours truly is not American, this is a political incident that has wide-ranging implications for all, so I figured that following my previous post on how to analyse any speech, I’d do a rhetorical analysis comparing Trump’s 2016 and Biden’s 2020 presidential victory addresses.

First, the difference between the two candidates’ tone is jarringly obvious.

Whereas Trump’s register is marked by bravado and hyperbole (even though the content of his speech calls for unity, hindsight tells us that this rings hollow at best, and dishonest at worst), Biden’s is characterised by reverence and humility.

And this piece is no Biden panegyric, by the way. But for all his blundering imperfections, regrettable policy decisions and lapses in professional judgment, the 2020 President-elect projects at least an earnest desire to understand, to work across divides, and to unify in spite of differences.

The reputation he’s built up over almost 50 years in public service is one of empathy and decency, which, in times of populist fervour, may seem to pale in appeal vis-a-vis demagoguery and strongman rhetoric, but in times of national crisis, are time-tested values powerful enough to overcome partisan animus.

We see this in the way he opens his speech, which goes –

“We won with the most votes ever cast on a presidential ticket in the history of the nation: 74 million. Well, I must admit it surprised me.”

“And I’m humbled by the trust and confidence you have placed in me. I pledge to be a president who seeks not to divide, but unify. Who doesn’t see red states and blue states, who only sees the United States.”

Phrases like “I must admit” and “I’m humbled” are alien to someone like Trump, who, at the start of his 2016 victory speech, struck a rather different note to the one in Wilmington, Delaware last night –

“I’ve just received a call from Secretary Clinton. She congratulated us. It’s about us.”

“I pledge to every citizen of our land that I will be President for all of Americans, and this is so important to me.”

“It’s about us”, sure, but really, “this is so important to me”. As we’ve observed over the past four years, the 45th President of the United States has treated the presidency as a personal, before a political (or let alone, moral) office, and if we revisit his 2016 victory speech, perhaps this instinct should come as no surprise.

While both Biden and Trump use the first-person pronoun in liberal amounts (excuse the pun), notice that Trump’s “me” and “us” do more to bolster a sense of factionism (“It’s about us” pointing to the “Kill Obama”-chanting crowd at his victory speech venue in Manhattan) and to sharpen the limelight on his presence (“this is so important to me”).

To put it all in perspective, Trump’s 2016 victory speech is actually considered an anomaly among his many speeches, which have on the whole been incendiary, divisive and polarising. Vanity Fair weren’t joking when they referred to it as a “surprisingly gracious speech”, and one can’t help but suspect that “surprisingly” doesn’t ring euphemistically piss-taking.

Perhaps “unusually” or “shocking” didn’t make the editorial cut; after all, this was a man who at that point would be in the presidential seat for at least four years.

One of the most crucial audience segments that any president-elect must address in their speeches are the ones who didn’t vote for them, as they’d be the most emotional – and likely, upset – group at that point.

Placating them is a tricky rhetorical tightrope to walk, and the contrast between how Biden and Trump managed this is again reflective of their fundamental differences in character:

Ever big on the empathy factor, Biden reaches out to Trump voters in a bid for basic decency and bipartisan understanding, bound by that single unifying identity of all ‘being Americans.

Of course, the American identity is perhaps too diverse and complex for the idea of “being American” to connote actual ‘common ground’, but the paradox lies in precisely that – a unifying national identity is one built on diverse roots, cultures and beliefs, and that’s what being American should mean.

This is also why the most prominent example of enumeration in Biden’s speech is about diversity, be it political, demographic, racial or gender diversity. Biden makes it clear that he wants to bring inclusivity back to the dialogue, and he sees diversity and inclusion at the heart of a Biden-era America:

“All those who supported us, I am proud of the campaign we built and ran. I am proud of the coalition we put together: Democrats, Republicans, independents, progressives, moderates, conservatives, young, old, rural, suburban, gay, straight, transgender, Asian, Native Americans. I mean it: especially in those moments when the campaign was at its slowest, the African-American community stood up again for me. You all had my back, and I will have yours.”

Trump, on the other hand, doesn’t really care if you didn’t vote for him. But you still get a cheeky, passive-aggressive shoutout:

“For those who have chosen not to support me in the past, of which there were a few people, I’m reaching out to you for your guidance and your help so that we can work together and unify our great country.”

In that not-so-under-the-breath aside of “of which there were a few people”, those “few people” probably then went on to make Trump’s ‘hit list’.

Jokes, I don’t know that for a fact. #fakenewsmuch

In all seriousness, though, Biden and Trump’s contrast couldn’t be starker on this point: Biden urges all to set aside differences and come together; Trump implies vindication (even though he parrots all the right diplomatic platitudes, which his subsequent actions reveal he never meant).

No guidance and help needed, thank you, especially if you’re a scientific expert trying to advise best practices for battling COVID.

Oh, and if you’re the FBI Director looking into nooks and crannies, you’re fired.

The Bible, the eagle and the job

Another interesting example of Biden’s comparative humility contra Trump is his use of allusion – both biblical and historical.

In Trump’s speech, there’s not a single reference to a higher authority (an exclamatory, small-g “My god” doesn’t count), or to presidential predecessors. Considering how much of Trump’s base consists of evangelical, god-fearing Christians, this smacks of irony.

Biden, however, reminds us that he’s not special, and that he’s just one out of a series of Americans who happen to have been elected to the most powerful post in the world:

“Folks, America has always been shaped by inflection points, by moments in time where we made our decisions about who we are and what we want to be. Lincoln in 1860 coming to save the union. FDR in 1932 promising a beleaguered country a new deal. JFK in 1960 pledging a new frontier. And 12 years ago, when Barack Obama made history, he told us “Yes, we can.”

He first alludes to Abraham Lincoln (who was at one point a Republican, even though the party back then was rather different from the GOP we see today) “in 1860 coming to save the union”, then to probably the most celebrated Democrat of all time – Franklin Delano Roosevelt (FDR) – who “in 1932 promis[ed] a beleaguered country a new deal”, then probably the most charismatic Democrats of all time – John F. Kennedy – “JFK in 1960 pledging a new frontier”, and finally, “12 years ago, when Barack Obama made history, he told us ‘Yes, we can’”.

By establishing himself not only as the successor of an office, but also the inheritor of a long-standing institution, Biden is telling us that this win isn’t about him, but about him joining a group of men (and unfortunately, they’ve all been men – so far) who made it their life’s mission to serve the country.

His allusions to the Bible’s message of healing and the final reference to the hymn (taken from Isaiah 40:31 – thanks to reader Jnana Hodson for pointing it out!) likewise frame him within a greater American tradition, which is that of a people guided by Christian faith (even though ‘In God we Trust’ was only adopted by Congress in 1956, the historical truth remains that America is a nation born of Judeo-Christian beginnings) –

“Folks, in the last stages of the campaign, I began thinking about a hymn that means a lot to me and my family that captures the faith that sustains me and which I believe sustains America. And I hope it can provide comfort and solace to the Americans who lost a loved one to this terrible virus this year. Our hearts go out to each and every one of you.”

Hopefully this hymn gives you solace. It goes like this:

And he will raise you up on eagle’s wings, and make you a sign like the sun and hold you in the palm of his hand.

Together on eagle’s wings we embark on the work God called upon us to do with full hearts and steady hands, with faith in America and in each other, with love of country, a thirst for justice. Let it be the nation that we know we can be, a nation united, a nation strengthened, a nation healed.

Maybe it’s just me, but this imagery seems almost too positive after four years of in-your-face, populist mudslinging partisan politics endorsed from the very top of the power food chain.

Biden’s message, then, is that he promises exactly the sort of anaphoric predictability and structural stability we see from his plea –

The emphasis is on “a nation”, which tells us that Biden sees the 46th President’s job as a collaborative project of national rejuvenation, and not quite the commercial one-man show of Apprentice-esque kitchen sink drama.

Diction-wise, it’s certainly interesting to see Trump referring to the presidency as a “job” various times in his 2016 victory speech, whereas not once does Biden use this word for the office. Towards the end of Trump’s address, he says –

Compared to Biden’s elevated register and appeals to humanity, Trump seems much more pragmatic, with his appeals not to higher values but to utilitarian competence, sprinkled with corporate post-performance review head-patting promises.

But it also shows to a large extent the incumbent’s lack of reverence for the office itself, as if the coming four years is just another casino or golf course or real estate project he’s taking on (and for a pay cut, too, a point which he’s consistently belaboured).

While it’s most likely neither Biden nor Trump wrote their speeches entirely themselves, there’s no denying that what they say post-election matches up with who they are – or seem like – as people, and that’s neither criticism nor praise.

But when it comes to the most powerful position in the world, it’s no bad thing for a president-elect to show some measure of humility, respect and inclusiveness in their rhetoric – even though it might just be that: rhetoric.

Ultimately, just as Trump isn’t as demonic as the media makes him out to be, Biden isn’t a saint either.

What is true, though, is that despite human flaws, the willingness to cooperate and work things out – locally, nationally and globally – inspires hope, and in turn, deserves encouragement.

To read more of my analysis on style and language, check out the posts below: 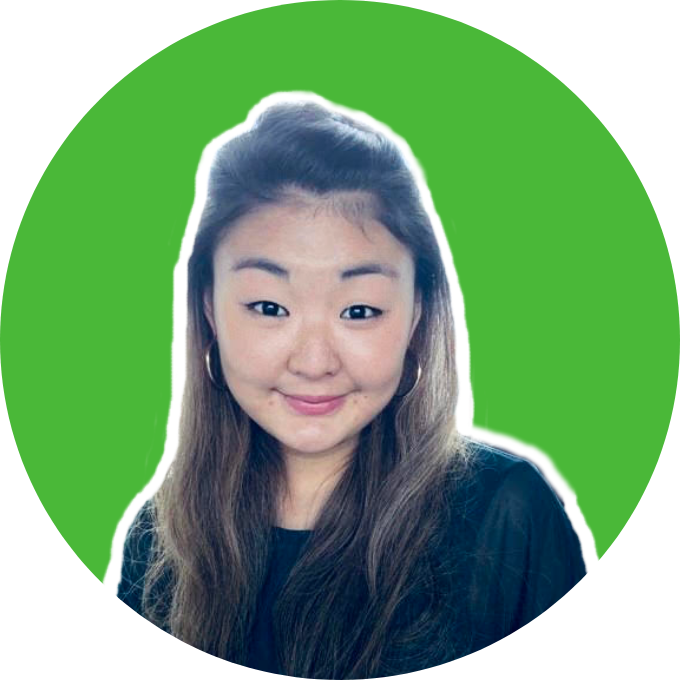